Today, we are starting our Tina Turner ‘Fan of the Month’ series; and our first post is about our good friend Dave. 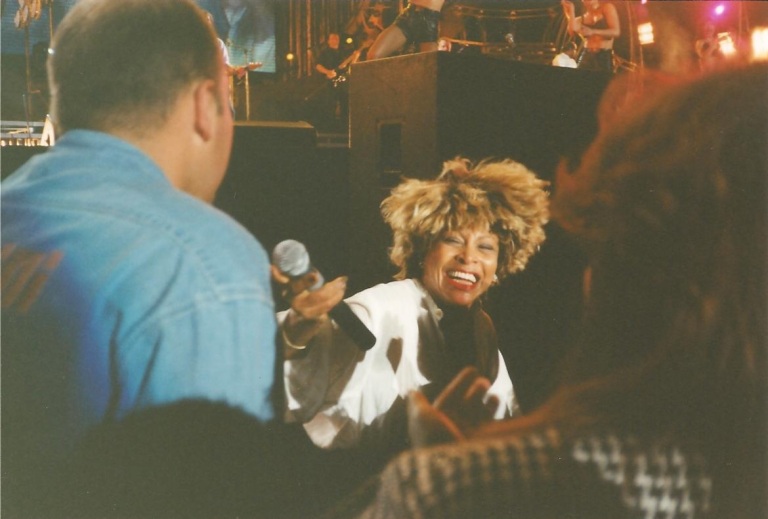 Dave is 41 years old and he lives in Zwolle, The Netherlands. He is working at the ice cream shop  Talamani (with one of the best terraces of Holland). Dave has been a Tina fan since 1982. The first song that really turned him into a Tina fan was Let’s Stay Together. Because, according to him, it’s a very powerful song and Tina’s voice is “enormous, rough and beautiful!”.

We asked Dave a few questions about his Tina Turner passion.

What is your favorite Tina song?

What is your favorite Tina album ?

“Foreign Affair. There are so many beautiful songs on it!”

What is your favorite Tina Tour?

“Wildest Dreams, the opening of the show is the best one ever!”

How did you discover Tina?

“I was sitting in front of the TV watching Top Pop, a Dutch musical tv show and Tina was there. She was performing Let’s Stay Together and I asked my mother ‘Who is she?’. My mother replied that when I was a very young kid, I used to sit in a box and sing ‘Rollin’, Rollin’, Rollin’ on the river’.

What do you think was the reason you were first attracted to Tina?

What is the craziest thing you did for Tina?

“I flew from Holland to Australia in 1993 for two and a half day, just to see Tina performing at the Rugby League.”

If you could ask Tina one question, what would you ask?

“I wouldn’t ask a question but I would thank her for all those amazing years and for meeting some beautiful people around the world.”

How many Tina concerts did you go to?

“When I went to Dallas during the Twenty Four Seven tour, I met Clare (one of Tina’s dancers) in a shop and we started talking. Later on that tour, when I was in Gothenburg, Sweden, I saw her again and we had breakfast together and spend some really nice time talking. Also in 2008, I took a plane from Atlanta to Toronto during the last tour, and it turned out that I was on the same plane as Tina’s band members. Fortunately, I had 2 tourbooks with me and they all signed them: one for me and one for Sjef!” (Thank you Dave!)

Dave with Tina’s dancer Clare in 2000

What is your favourite Tina moment?

“During the Wildest Dreams Tour, when I had the chance, several times, to sing Nutbush with her!”

Ever get tired of Tina?

Do you ever get strange reactions from other people because you are such a big Tina fan?

“Not really, people are used to it by now. But when they say ‘Why do you go to see her so often, isn’t it the same concert all the time?’, I just answer ‘Well, don’t you have sex with the same person all the time?!'”

“At the moment, Grace Jones. I went to see her 25 times over the past two years.”

Will Tina ever tour again?

12 Replies to “Tina Turner Fan of the Month: Dave”