Tina Turner’s primary school in Nutbush, Flagg Grove School, is to be saved and restored. The one-room school will be moved to the West Tennessee Delta Heritage Center in Brownsville, TN. There the building will function as an exhbition room, including an exhibit on Tina herself, and African-American education in that era. The school was originally located on land bought from Benjamin Flagg in 1889, who was the brother to Tina’s (Anna Mae Bullock’s) great grandfather George Flagg. Tina attended the school in the 1940’s while she was growing up in Nutbush. The school was closed in 1960’s and after this has been used as a barn. For more information, visit the website of the West Tennessee Delta Heritage Center.

Update June 3: Last Friday, June 1, Tina’s former school house, Flagg Grove School, was moved to its new location in Brownsville, TN, where it will be renovated and opened as an exhibition space. Via this link, you can follow this wonderful project. Thanks to Sonia Outlaw-Clark of the West Tennessee Delta Heritage Center for keeping us informed. See the photo below of the school being moved to Brownsville, via Highway 19 (a.k.a. Tina Turner Highway) – a wonderful sight! 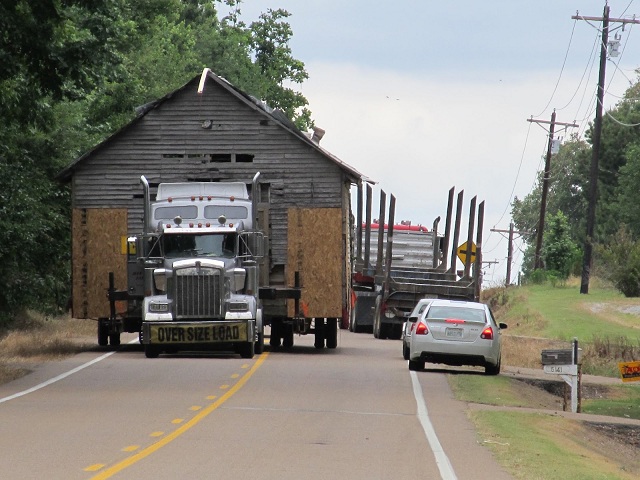