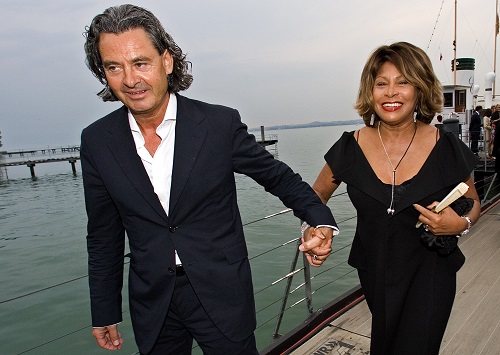 Tina Turner (73) is set to marry long-time partner Erwin Bach (57) this year, according to a report in Swiss tabloid newspaper Blick today. The ceremony will take place directly at the lake of Zürich (in their garden?). Food is provided by Chefs Rico Zandonella and Horst Petermann of Tina’s favorite restaurant ‘Rico’s Kunststuben’. And the dress-code: white.

Tina Turner and Erwin Bach have been a couple for almost 27 years; they met in Germany while Tina was working there in 1986. Erwin Bach was at that time a record executive of Tina’s label EMI. In previous interviews, Tina has always said that she would never marry again, even though Erwin apparently proposed to her. Now, at the age of 73, it seems she regrets that previous decision, and is ready to tie the knot. If the reports are indeed true; we wish them lots of love and happiness in the years to come. And oh darling, we think it’s gonna work out fine!

A rep for the 73-year-old merely offered “no comment”  but after a few days of spreading on the web, it seems like the information is true!