The year 1993 was a real Tina Turner year and offered the full range of a pop star´s work and output: a new album (or at least partly new as most of the tracks were re-recordings), several releases as singles, a tour in the United States and several festival concerts overseas and – of course – magazine articles, TV appearances and – the reason for all the drama – the autobiographical movie “What´s Love Got To Do With It”. 1993 started with the release of “I Don´t Wanna Fight” which turned out to be a big hit on both sides of the Atlantic.

Thoughts on “I Don´t Wanna Fight”
Most of us know it and the others might have heard about it (and will therefore learn it their own way sooner or later): the end of a relationship can be and typically will be painful. It does not have to disastrous as we see it in the song but it can also be a new step and another phase of life. In most cases, we would expect fights, the struggle for a new beginning and we would catch the last straw to save the relationship. Sometimes, the love and the mutual affection can indeed return to us and we, our partner and the relationship as an entity of its own could be reborn stronger than before. It may seem to us like a phoenix rising from the ashes. But – in the case of the song – there is no guarantee for such a turnaround. Here, we are at the end where there are only coldness and a dry acceptance of a simple fact: We lost it and it won´t ever come back.
The first person narrator – could be a man or a woman but we would expect a woman as Tina sings it – is past all the fighting and struggling. You can see it best in the chorus. She does not want to fight any longer. The time for disagreements and misunderstandings, discussions and explanations, verbal attacks and war is over. She cannot see any progress or any way out of the situation but already accepted the mere fact that this relationship – as sad as it is – is over. During all the last months, we can see her putting up a fight to get things clear and done, to re-build a new setting for the relationship but somehow, it did not work out so well. In the end, she does not care anymore “who´s wrong or right”, there was “too much talking” and “this is time for letting go”.

In the first stanza, we are introduced to her. Obviously, she is the romantic type as the imagines a “pale moon in the sky” which is “the kind you make your wishes on”. But this light – may it be pale – is now gone and nowhere to be seen. The dreams are shattered, the deception and the disillusion filled out the empty space in the sky long ago and darken her mood and cast shadows upon her life. And yet, she does not give up so easily. She can give up the relationship but she does not give up herself and her will to be happy again. Now, she can understand that they are both only pretending to be back on track with their love and that they are actually further apart from each other than ever before. And somehow, this understanding and the acceptance of the situation give her strength to overcome the trap which they have set for themselves and allow her to open the door to a pathway out of the cold world they are now caught in.

There’s a pale moon in the sky
The kind you make your wishes on
Like the light in your eyes
The one I built my dreams upon
It’s not there any longer
Something happened somewhere
And we both know why
But me, I’m getting stronger
We must stop pretending
I can’t live this life 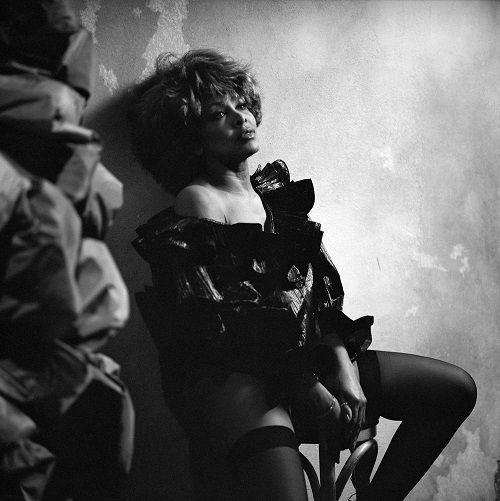 And finally, in the last stanza, we find her summary and the conclusion which she could draw after all the reasoning during the last past months. “Hanging on to the past” can be good if there is still a way into the future where they would find their happy ending for the sake of that very past. But unfortunately, she can only see that “it only stands in our way” and despite all the memorable moments from the good old times she cannot see any other way than to leave. But – and this is the central message of all her reckoning – leaving is not the same as escape and the end of this love is not the end of it all. The good times can be a treasure and should be kept as one but now they have to separate from each other so as to gain freedom and happiness – not together but alone.

Hanging on to the past
It only stands in our way
We had to grow for our love to last
But we just grew apart
No, I don’t wanna hurt no more

Of course, there is no doubt that this is definitely not a happy song. But it is not an angry song either because no one is to blame. It just happened, you could say. It is not even a really sad song but we can locate it on the edge of melancholia. Here we find the final acceptance of a sad truth. The woman will be alone and without a partner – but she is not bitter. This reminds us of the famous Tina Turner quote “I have no time for bitterness”. The past is the past, we seal it, we enjoy the good moments – because they are always good moments which we must not forget just because the end was painful – we bottle them for being remembered but there is no bitterness. There might be wounds but they will heal, and if there are scars then these scars won´t be deep enough to mark us for the rest of our lives. We observe, we learn and accept, we decide and leave. But we leave to go on and to start again.

Commercial success
“I Don´t Wanna Fight” was released on April 23rd, 1993 in different and localized formats. The dominant synthesizer and typically 1990s background track – given the fact that it was a Tina Turner release –was not only a very good selection for the end credits of the bio pic but also quite successful. Tina Turner jumped to top 20 chart positions in various countries around the world and also in many relevant business regions. To name just a few chart positions:

The song was also heavily remixed, for example in a ‘Holiday Inn lounge mix’ (does this mean it was specifically remixed to be played in Holiday Inn hotels, we still don’t know). These remixes were gathered together on a rare 7-track promo single, released for publicity purposes only in the United States. You can listen to some of the mixes from this releases in this previous post.

Later, the song even brought her two Grammy nominations in 1993: one for “Best pop vocal performance, female” and “Best song specifically written for a motion picture”.

Team
“I Don´t Wanna Fight” was written by British singer Lulu and Steve DuBerry. Lulu (born in 1948) is a singer from Scotland but also worked as an actress and is best-known for her hit “To Sir With Love” – the title song of a movie bearing the same name – and also for the title song of the James Bond movie “The Man With The Golden Gun”. Steve DuBerry is a highly successful songwriter and record producer and wrote material for many top-artists like Joe Cocker, Cliff Richard and Chris De Burgh. Other members of the team behind the song are well-known to Tina Turner fans as they collaborated with her on many other numbers. The song was mixed by Chris Lord-Alge who mixed nearly all her albums from the 80s and 90s, and Peter Lindbergh took the black-and-white cover photo of the “I Don´t Wanna Fight” single.

Live performances
I Don’t Wanna Fight was included in all the concerts of Tina’s 1993 What’s Love..? tour. The best-known live version  was recorded at The Blockbuster Pavilion, San Bernardino, California. This concert was later released as a video cassette and laser disc.

Another excellent live performance was recorded in Lüneburg, Germany during the short Rock over Germany tour that took place at the end of August, beginning of September 1993. Several songs from this show were broadcast on the radio, including I Don’t Wanna Fight. Listen to this live version in this post.

“I Don´t Wanna Fight” – Live on TV
Tina Turner appeared several times on TV with her new hit in order to promote the song itself and also to stir up attention and interest for the “What´s Love Got To Do With It” movie. Fans from the UK will remember best her Top Of The Pops appearance where she wore blue jeans and a white blouse and sang live against the pre-recorded background track and ended the last lines a cappella.

While the TOTP appearance was pre-recorded without an audience in Monte Carlo where she appeared on the occasion of the World Music Awards 1993, viewers of the WMA show enjoyed another recording of the song with actual audience where she wore a highly dramatic and shiny black dress.

The US audience got a third live appearance on the Late Show with David Letterman which included not only a live version of the song – with Tina Turner again wearing the white blouse and blue jeans – but also a very interesting interview about the upcoming movie.