This month marks the 20th Anniversary of Tina Turner’s biopic “What’s Love Got To Do With It” as well as its release on Blu-ray. Bassett, as Tina Turner asks the musical question “What’s Love Got to Do with It” in this 1993 film also starring Laurence Fishburne, Jenifer Lewis, and Khandi Alexander. The film tells the story of Tina Turner’s childhood as Anna Mae Bullock her move to St. Louis after her grandmother’s death to live with her mother, her meeting Ike Turner at a nightclub, her subsequent singing with Ike’s band, their marriage and divorce…
Continue reading for a review of the movie as well as HD videos!

Buy What’s Love Got To With It on Blu Ray

By necessity, biopics have to leave out people and incidents, often combining several incidents into one or skipping several steps. In no way does a knowledge of Tina Turner”s life detract from the impact of this film. It’s a story of a woman’s determination, beating the odds, suffering, perseverance and ultimate success.

Ike’s and Tina’s marriage was pretty much a horror show. Ike was always controlling, to the detriment of his own career, and as he turned to drugs, his abuse of Tina escalated. The most stunning scene in the film (besides the performances, which are fantastic) occurs when the couple fights in a limo en route to a hotel. Ike becomes physical; Tina has discovered Buddhism and finally gets the courage to fight back. A bloody mess, she runs away from him with only 36 cents in her purse.

Angela Bassett gives a searing, electrifying performance as Turner. Her sinewy body is a great match for Turner’s, and she uses it to perfection in replicating Turner’s performances (Turner’s voice is used on the soundtrack). She shows the star’s vulnerability, fear, and internal strength throughout.

Bassett is matched by Laurence Fishburne’s terrifying performance as Ike. Fishburne seethes with manipulation and anger, even in scenes where he’s being “nice.” When Ike loses his temper, you can see how he can’t stop and the violence just gets worth. A brilliant performance.

The latter part of  Tina Turner’s life is not explored, but while she always remained popular in Europe, it was a long time before she could get a recording contract here after some failed recordings. Today she remains one of the greatest singing stars ever. But there were lots of valleys in between. 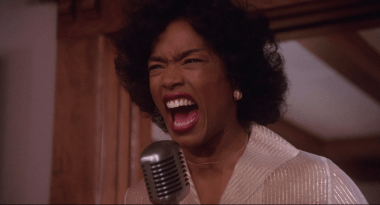 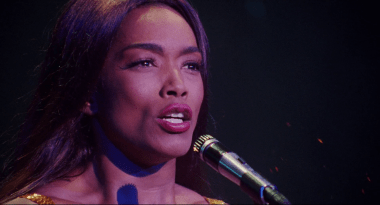 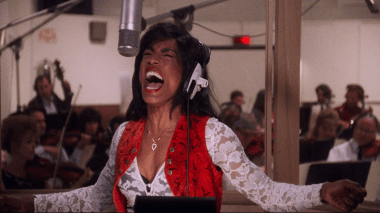 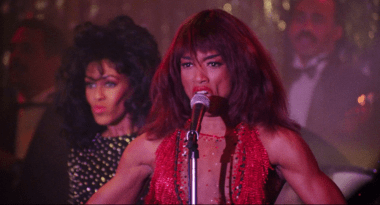