Since this blog is called Tina Turner Blog well maybe we have to talk to you a bit about Tina Turner’s new release.That’s right, a new release!  Well according to Parlophone…  Because of course, there’s nothing new about this new “Love Song” compilation, even not the cover.  No new songs or previously unreleased tracks, just classics put together to sell a couple of cd’s on Valentine’s Day. And don’t expect 74-year old Turner to make any promotional appearances in support of the album, as she is “happily retired” from the music business according to her spokesperson.

So, until something more relevant comes from Mr Roger Davies & Parlophone, we thought we might refresh their memories with 6 reasons (there’s probably a thousand more) why Tina should be celebrated in 2014. Tina Turner Turns 75

TINA 75: Tina’s fans will be celebrating with another edition of the Tina Turner birthday fan party. Details about the ‘Tina 75’ party will be announced on January 26. Stay tuned! Until then you can join this Facebook group for more infos.  ‘Private Dancer’ turns 30.

2014 mark the 30th anniversary of Tina Turner’s solo comeback with ‘Private Dancer’. Being considered as one of the most important album of the 80’s, one can only expect that some kind of Special Edition or blu ray disc from the Birmingham show will see the light of day. It is her best-selling album both in the US and Canada and a number #1 on Billboard and internationally, becoming a number #1 on many charts including in Austria and France and was responsible for making her globally famous. 25 years of being “Simply The Best”

Call you… Need You…My Heart is on Fire… You just have to hear the first few beats to know which song it is. In 2014, Tina’s classic ‘Simply The Best’ will turn 25. Back in 1989 the song went to N°5 in the UK and stayed in the Top for 12 weeks. Since then it’s been used everywhere and for everything and in 2010 the song returned the UK charts reaching n°9 thanks to fans and initiated by the Glasgow Rangers who uses the song as their anthem.  15 years away from studio

Tina Turner last studio album was released on November 2nd 1999. Back then Tina was sixty and gave the world the average “Twenty Four Seven”. The album contains classics and awesome tracks but the whole album didn’t have the audacity or the power of the previous ones. Tina’s impressive vocals saves it all but i guess it would be strange to see such a long and rich recording career ending with this album… 24/7 hit the shelves in Europe in November, and has sold more than 2 million copies on the continent. It reached #9 in the UK. It also reached #21 on the Billboard 200 selling 60,000 copies in its first week. It was certified platinum in the UK, Germany, France & Europe chart. 10 years since “All the Best” and big TV promo tour.

That year, she went everywhere! She went to the highest rated Tv shows and talk shows in Paris, Berlin, Oslo, Los Angeles, Roma, Chicago, New York, Zurich… And the result, The album peaked at #6 in the UK, selling nearly 45,000 copies in its first week and at #2 on the Billboard 200 albums chart, selling 121,000 copies in its first week, making All the Best Tina Turner’s highest debut in the United States. The album went platinium in the U.S. 3 months after its release. In March 2007, the album re-entered the UK Charts and peaked at #18. It has since been certified platinum in Germany, France, and the Europe Charts.   5 years since Tina totally vanished from the spotlight (again) 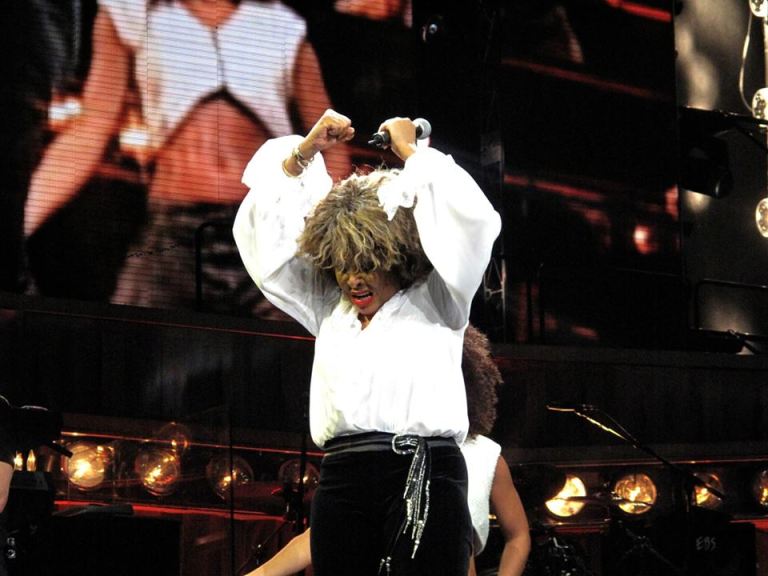 She said it ‘The war is over’. And so the warrior is resting. While every Tina fans wishes her to have the best golden retirement she deserves,  management and record company should really start considering Tina Turner’s music legacy. Tina Turner is still standing, the visits and feedback we receive every day on the blog and on FB proves that there’s still a huge demand for Tina!