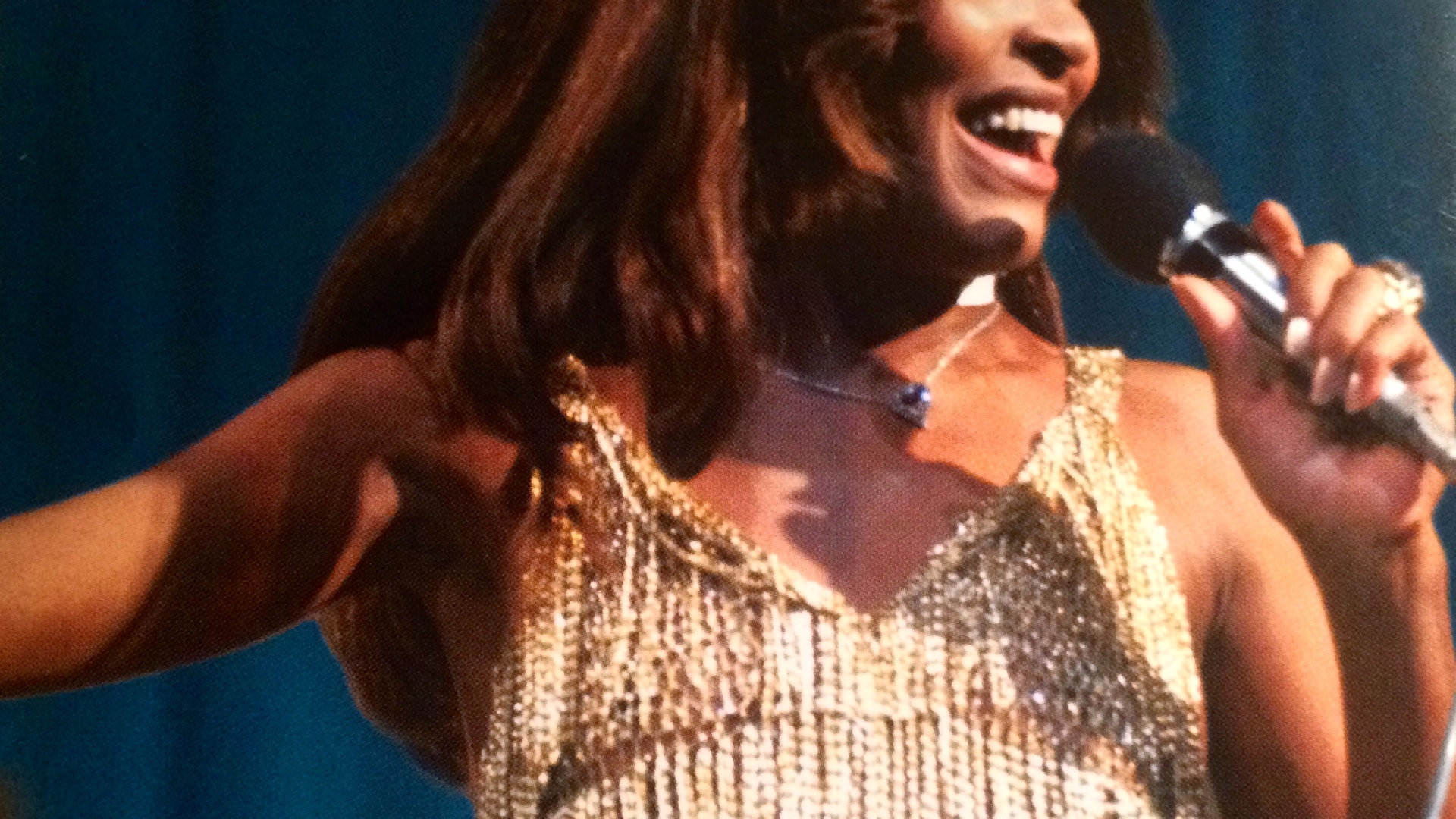 In the early nineties, one of the first cd I got after discovering Tina was ‘Ike & Tina Turner Live at the Olympia 71′. And I felt really lucky to have it while my collection was only flourishing… Most fans will tell you that they remember the exact time they heard certain songs, certain albums, the feeling of the moment and all the emotions that it gives…

By the time I purchased this cd I already had a few Ike & Tina Turner LPs but the quality of those wasn’t as good as the digital CD recording. Growing up in a small village in the east part of France, secluded in my sanctuary bedroom, I would religiously listen to this recording, so far removed from what I ever been used to. Jacques Brel, Serge Gainsbourg, Aznavour, Barbara, Renaud … were my parent’s repertoire. But my father did like a bit of Jazz & Louis Armstrong from time to time and my sister brought home MJ, that I only learned to appreciate music wise only later in life. So “Ike & Tina Turner at the Olympia 71” was incendiary. Even the name of it sounds great! Featuring “The Family Vibes”, “The Ikettes”, Ike “the Man in the back with the stone face” and of course Teeenah. The hardest working woman in show business shouts a musician, and that deep voice comes out delivering a fantastic performance song after song. A French reviewer wrote that “Tina’s voice was so incendiary on that record that the diamond of the lp player could melt any moments”. And it sure felt like it. You just had to close to eyes to be there. It is an absolute gem and it is still regarded today among music connoisseur as a significant and paramount record.

Now, in 2015, I have reached the same age as Tina was when she was putting that Paris stage on fire and I relate and realize even more how crazy her life was, struggling with Ike, raising kids, giving that same show 2 or 3 times a day in the same place, billions of shows! Come to the first or the last one and Tina would still simply be stunning and explosive. Nowadays, Anna Mae Bach says she will never go back on stage because people still expect her to be the iconic wild-dancing high-heeled persona. I tend to disagree and I think everybody knows that Tina could totally re-invent herself “stagewise” once again but that’s only up to her.

Back to the record. It did not only participate in shaping my Tina knowledge but it built a bridge to a whole “new” kind of artists: As usual, the Turner covers the great Rock’N’Roll band like The Stones, The Beatles and iconic singer like Otis Redding. Getting older with Tina as the central point of my musical education, I grew up listening to the great black singers, Nina, Ella, James, Ray… the deep depressive old gallant south traditional songs etc… But there’s also Shirley, Grace, Aretha, Whitney, and there’s David, Mick, Bryan, Bruce, Joe, Paul… Rock Royalty so to speak…

Chronologically and, to quote Buddhist believers, if everything in this world is linked and has a meaning then I have to mention the Beyond “experience” and the message brought by Tina, Dechen, Sawani & Regula. You would now find new releases of  Tina Turner in the “New World” section of a shop than in the Rock/Blues section. I know a lot of Tina fans who turned to Buddhism because of Tina. And I think they are genuine and sincere in their search for personal elevation and enlightenment. And maybe that was the message behind being a Tina fan before we knew it. Through centuries strong & powerful women were worshiped and considered bigger than life by people around the world. Entities… coming back again on this earth in any type of form possible to spread their message in any sort of way… Concerts being big communion… The metaphor is known but what if we dare look Beyond? 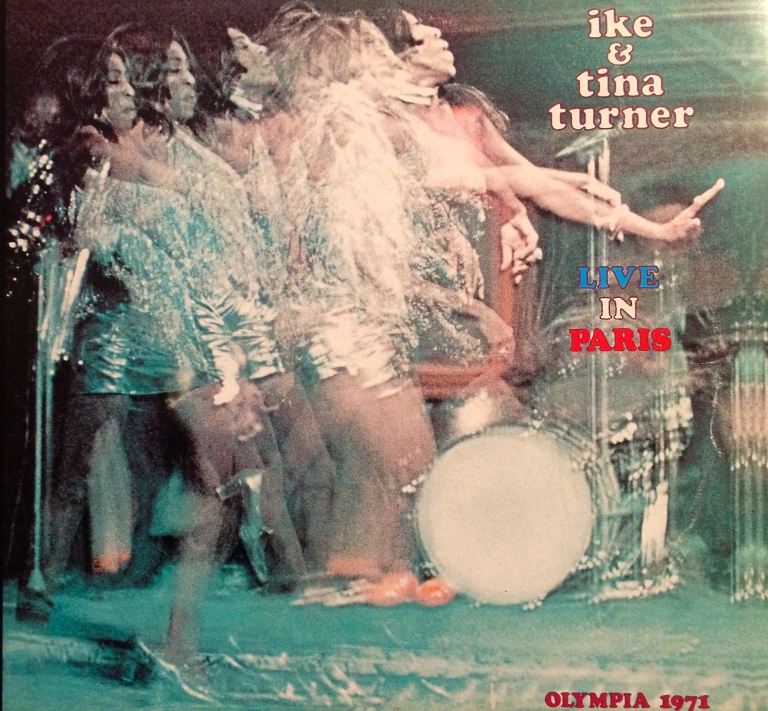 Back to the collection. “Ike and Tina Turner” recording history is sometimes a bit obscure and messy (to say the least) but a new unedited version of the Olympia concert came into my hand ( I remember I was in the South of France but I can’t name the city) including songs omitted in the LP, Audio Tapes & Cd original releases. The original recording didn’t include “River Deep Mountain High”, “With a Little Help From My Friend” & “The Boy From New York City”:

“River Deep Mountain High” (turning 50 years old next year!) was already a classic of mine but Ike always failed to make this song his own. His studio reworked and live versions could never match the masterpiece that Phil Spector produced with the only help of Tina.

“With A Little Help From My Friends”. Of course, I knew the amazing version of the late Joe Cocker, written by Lennon & Mc Cartney and it is totally “Turnerized” during this show in Paris. A very funky, light version of the song!

“The Boy From New York City”. The credit for this song on the album goes to Davies – Taylor. And there’s indeed a song called “The Boy from New York City” wrote by them and recorded in 1965 by the “Ad Libs” band. But after a quick Google & Youtube search, you find out that the lyrics and songs are totally different. This live version by Ike & Tina is a real duet between the couple à la “It’s Gonna Work out Fine”. Looks like it is the only live or even studio recording (to my knowledge) of this song.

Ike Turner passed away in December 2007 at the age of 76.  Tina Turner, now 75, regarded by many as a Music and Life Sphinx, Queen of Soul, again, in the literal meaning of the word “Soul”, living the life of a “modern-occidental” Buddhist “monk” in a long retreat on the golden banks of Lake Zurich appearing sporadically since 2009 and mostly via video doesn’t seem to miss the spotlight any minute and her entourage won’t let anyone disturb this well deserved quiet. Beyond being Tina’s current “musical era”, I encourage all of you who are not familiar with these albums to listen to these transcendental recordings.

And in the end, we still have “Ike & Turner at the Olympia 71”, and we still have all those records and the DVDs (we seriously need more)… and, from time to time, and i know hundreds feels the same,  certain albums of her discography, some of her old records that still makes me feel eleven, twelve years old again, alone in my bedroom and imagining being the boy from New York City, dreaming that, maybe in another lifetime, I could hear Tina’s voice resonating again inside the Olympia…

4 Replies to “The Boy From New York City”