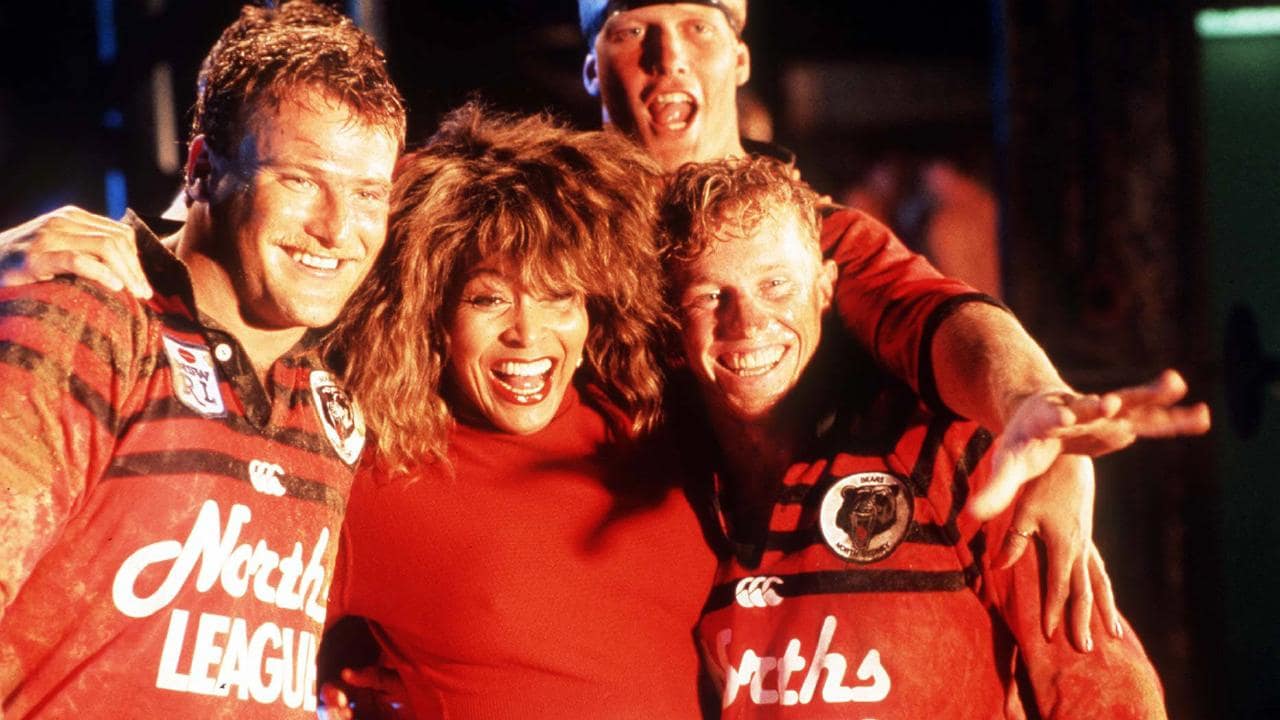 It’s been a long and successful love story between Tina Turner and Australia and especially with its National Rugby League! Today it has been announced that the NRL is on the verge of securing the legendary singer to once again become the face, voice and big spiky hair of the game!

Next season will mark 30 years since Turner’s “Simply the Best” became rugby league’s enduring anthem, and it can be revealed NRL powerbrokers are in serious talks with her long-time manager, Roger Davies, about getting the party started again

If the deal is done, it’s expected that TINA will record voiceovers and feature in an extravagant marketing campaign to celebrate the anniversary.

The NRL hopes she will come to Australia at some point, although that is unlikely. Turner, 79, is fiercely private and rarely makes public appearances.

But she is still adored across the planet. The Tina Turner Musical, which will be playing on Broadway in New York soon having wowed the West End in London, will come to Sydney next year.

And she is still revered in rugby league, which was first introduced to Turner in 1989 with another song, “What You Get Is What You See”.

NSWRL general manager John Quayle bought the rights to that song in 1988 but couldn’t find the right person to sing it — until Turner did.

Quayle then convinced major sponsor Winfield to stump up the money to secure one of the world’s biggest recording artists.

Soon after, he found himself in Turner’s home in London as she paraded in front of him in a variety of outfits for a one-day shoot she would do at Fulham’s home ground. When she emerged in red hot pants, he declared: “That’s the one, Tina!”

With the NSWRL on the bones of its backside, Quayle knew the game had to grow and attract new eyeballs, mainly belonging to women, if it was to survive.

He wanted to make its greatest asset — the players — sexy. Sharks glamour boy Andrew Ettingshausen, who was playing at Leeds during the Winfield Cup off-season, was identified as the best person to feature in the ad.

When he was snowed out and his match deferred to a Tuesday, Quayle was left with Gavin Miller and Cliff Lyons, who were also playing in England.

“When Tina walked into the freezing cold dressing-room, Cliffy couldn’t speak,” Quayle recalled with a grin.

Quayle swore Lyons and Miller to secrecy. He didn’t want anyone knowing about the advertisement. People around the game would soon start asking how much it cost. The only other person at the NSWRL who knew was chairman Ken Arthurson.

Days before it was unveiled on the big screen at the new Sydney Football Stadium, Arthurson took a call from Rex Mossop, who he coached at Manly before Mossop became rugby league’s leading broadcaster.

“You’ve got an American singer, who’s a grandmother, about to become the face of the game.”

Arthurson called Quayle in a panic. They suddenly realised the gamble they were taking. What if they had spent all this money on a campaign that didn’t work?

Instead, it was an instant hit. It became a game-changer for Australian sport, which had never sold itself like this.

The day before the first State of Origin match that year, Davies called Quayle. He had another Tina Turner song, which hadn’t been recorded. “I think it’s a sports song,” Davies said. “Why don’t you come to Los Angeles and listen to it?”

Quayle talked to his board at the opening match of the series at Lang Park, and soon found himself in a LA recording studio listening to Turner sing “Simply the Best”.

“I knew straight away that it would work,” Quayle said.

They signed up Turner for the next five years and she became the face, voice and big spiky hair of rugby league.

For one campaign, she climbed to the top of the Harbour Bridge at dawn wearing high heels. For another, she sung with Jimmy Barnes. Then she sung it before the 1993 grand final.

Players in this period were starting to get greedy, asking for money to promote the game. When they saw the tearaway success of the Tina Turner campaigns, they fell over themselves to be involved without payment.

Turner wasn’t so demanding. All she wanted when they were shooting the ads were fresh mangoes and production to start after 11am.

She only ever signed one contract with Quayle and, in later years, spoke of her respect for the game. People often approached her at airports around the world to tell her they were fans — of her and rugby league.

Come on, NRL. Get it done. Bring our girl back!

One Reply to “TINA To Come Back As NRL Face?”