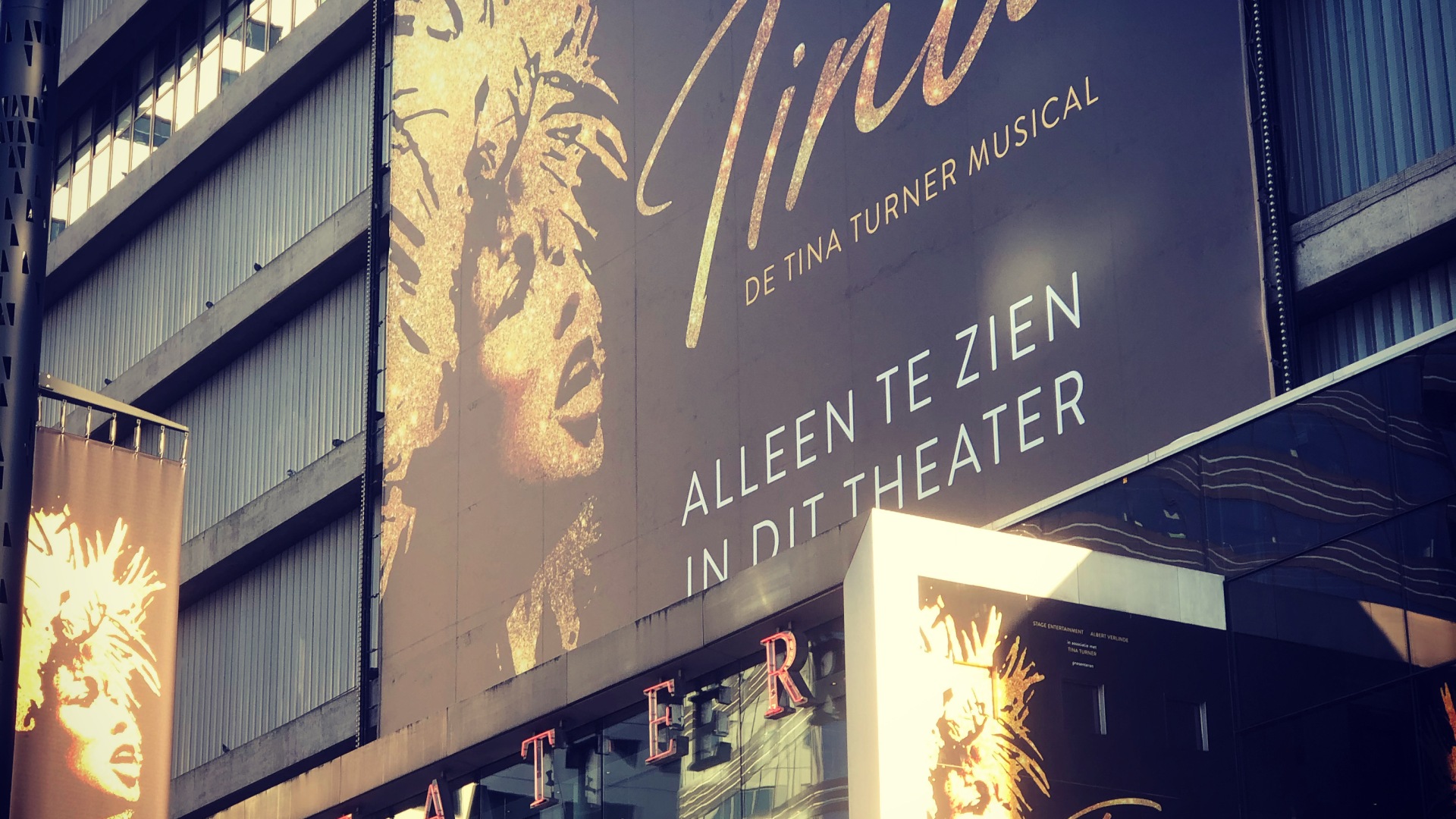 Two forces of nature swept the Netherlands by surprise this weekend: The first one named Ciara blew powerful winds throughout the country which deprived us of seeing The Queen Of Rock on the red carpet and on stage.

The second one, stronger than the wind, Nyassa saved my day with her incredible performance during the Premiere of TINA, De Musical in Utrecht last Sunday. After experiencing TINA songs in German and before the Spanish explosion this autumn, it was time for the Dutch treatment of the musical!

So now, how many reviews of a single musical can you write especially when you are no musical expert and that your Dutch vocabulary is limited to ‘Ik hou van jou‘ and ‘bitterballen‘…?

I woke up Sunday morning with the worst swollen, dry eyes, bad bad face day which happens often and makes me look like Quasimodo. Consequently, I hesitated to go but after much reflection, and because it was an invitation from a friend, I thought I would regret not going, so once again my vanity was vanquished and I have to thank superfan Boudewijn for taking me with him, it was a really kind gesture.

The premiere went as expected, Nyassa blew us away, it was a triumph! The main characters can sing, dance and entertain! Although the entire cast is not totally on point yet it’s only a matter of time before they grow into their characters.

But the other surprise of the musical happened on Friday evening with the performance of Nurlaila Karim for the last try out of the show.

After the casting of Adrienne Warren for London and subsequently Broadway, Kristina Love for Hamburg and Nyassa Alberta for Utrecht, I had to admit that I thought that despite her huge talent, Nurlaila would not be cast as Tina… being a woman of a certain age.

So, let’s be fair, yes the first scenes of the teenage Anna Mae could seem a bit ‘off’ but Nurlaila plays with so much grin and enthusiasm that you just go past it. It’s theater after all. The real magic started when she became the 80’s TINA, leather dress, jean jacket, and spiky hair. And this is a feeling, I never had with the younger performers because for me they were not, in that case, believable as ‘mature TINA’. This doesn’t take anything away from the young girl’s performances but Nurlaila is a woman who has lived and made herself a strong reputation in this difficult business and the people in the theater that night gave her warmful standing ovation, leaving her overwhelmed to tears.

Back to the premiere. As expected, most of the songs were translated into Dutch. I am no expert in Dutch language so I can’t tell you if the translations were faithful to the original songs and fit the story but in my humble opinion, too many songs were translated, you could even hear a couple of people giggling in the audience and in the end you felt like you didn’t get that many original hits.

Chantal Kunst from Broadway World put it better than me:

The only real downfall of this show is the choice to translate some of the songs to Dutch. Explained by producer Albert Verlinde: “Als een song belangrijk is voor de dramatische lijn, dan is het nummer in het Nederlands. Als het te horen is tijdens een concert of in een platenstudio, horen we de Engelse versie” In short, if we need to help the story along dramatically, we translated it in Dutch. Well, that was quite an gamble. Translation of the songs is done by Han Kooreneef. Though some songs were actually suited to do so and giving it a little extra umph, some missed the boat. Totally. Trying to put too many syllables (Dutch takes more than English) into it, or just missing the actual meaning of a song. Lost in translation. I Can’t Stand The Rain and We Don’t Need Another Hero are classic Tina Anthem’s, where you just can’t make a worthy translation. Some songs you have to leave alone. In addition, you should give the audience a little bit more credit. They will understand the story regardless.

So yes, of course, this has always been the case for musicals when traveling abroad and if TINA, The Musical ever comes to France, you know most of the French won’t understand a single word of English. So like Tina would say: who’s right and who’s wrong? I don’t know but as long as it’s successful the same format, using a ‘TINA Broadway Show Standard’, is going to be used in every country the musical will visit, like it or not.

After the Premiere, a few fans and I had the chance to attend the After Party which was hosted in the immense hall of the Beatrix Theater. Food and drinks were served while a female DJ was playing non-Tina music and, at around 4 glasses of white wine, the cast appeared at the top of the big theater staircase on the blasting sound of Simply The Best. They all looked impeccable, happy, young and beautiful, ready to embark on a new journey. I envy them.

Book Your Seat For TINA, The Musical Now!