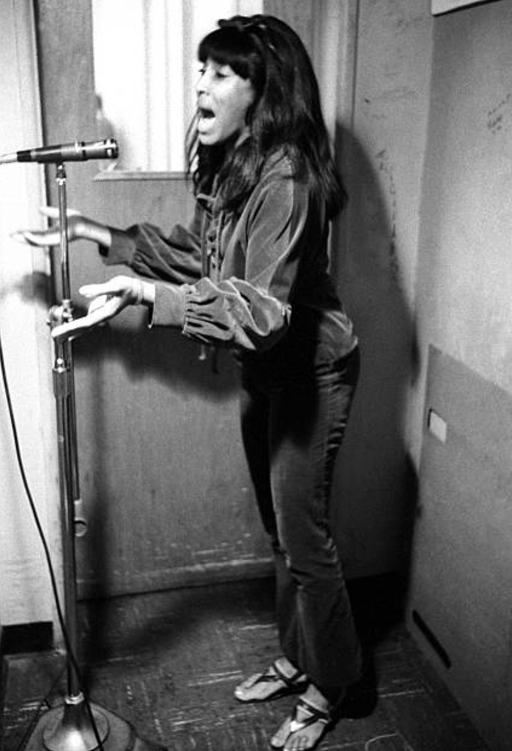 In He’s A Rebel (The Truth About Phil Spector), Mark Ribowsky wrote about how producer Phil Spector got the Turners involved with the song: “The chance of getting into rock mainstream excited Ike. After Phil obtained permission from Ike’s current label, Loma Records, an R&B branch of Warner Brothers, to lease them for US$20,000, Phil and (promotions man) Danny Davis went to Ike and Tina’s Baldwin Hills house to close the deal.

‘I didn’t know what to expect, Ike had a mean reputation,’ Davis said, ‘but he was thrilled at the time that no less than Phil Spector was interested in them.’ Although Ike had no objection to keeping out of the studio with Phil, ‘he did think he would be involved somehow in what came out and so forth. I remember there was a lot of talk about it because Phil wanted to keep him happy. He was scared to death of Ike’.”

The song took five sessions to cut. At the end, the recording costs came up to US$22,000, “which would have been an unthinkable cost for several albums.”

These outtakes (very good soundboard) are taken from the bootleg What You See Is What You Get (Big Fro Discs). These tracks are presented in stereo, in spite of Phil Spector’s love of mono.

This is what happened at one of the recording sessions: “Trying to sing [the song] again while the immense rhythm track gorged her ears through headphones, [Tina] was constantly interrupted by Phil. ‘That’s close,’ he would say. ‘Let’s try it again.’ She had to inch up on the vocal, until, long after midnight, she was dripping with sweat and had to take off her blouse. Standing in a pitch-dark room in her bra, her head and her ears pounding, she took a deep breath and ripped it again, the veins in her neck bulging and her lower stomach in stabbing pain. When she left the studio, Tina still did not know if she did it the way Phil wanted it, and neither did Phil.”