Update: Oprah has been spotted jogging in Zurich on Saturday afternoon! This article confirms David Bowie participation. A glimpse at Tina & Erwin’s official wedding invitation inside the post… plus a new video with tv reports from Zurich’s Tv.

Spiegel Mag revealed that drone aircraft were used by paparazzi to get the best pictures of the wedding! (01/08/13)

Tina Turner is seeking for ultra privacy for tomorrow’s party as you can see from the above photo! Tension is growing a few hours before the big day … Tina received a surprise visit from a few girl friends including Regula Curti to celebrate her. Read more about everything that is going in Zurich in the post. Big Thanks to Anja from We Want Tina Turner For Grammy LifetimeAwards for the update!

Along the lake road in Küsnacht the preparations for the wedding of Tina Turner and her partner Erwin Bach are in full swing. The sidewalk is blocked off for a length of several hundred meters with grids so that the many vans can park right in front of the luxury chalet, catering companies to electric utilities, transportation companies and semi-trailers for floral decoration….

Two private security guards stand next to the entrance door making sure only allowed people can enter . When the security people saw the journalists peeking through the fence, they cover it with a large plastic – Paparazzi are unwanted. The entrance to the villa is provided with a golden inscription called “Algonquin”. Underneath the nameless bell a sign to point out that nobody should ring the bell before noon.

This does not apply to the big festival on Sunday evening. Because for days, dozens of members of staff are planting flowers on the 5500 square meter grounds, party tents are set up, a stage with lighting and sound equipment was constructed. For the power supply specially thick cables have been laid from a nearby power distribution.
On Thursday a soundcheck took several hours – a local resident said: especially Frank Sinatra’s “My Way” was played about 30 times. According to another neighbor the whole music genre of Pop was played. “They played classical music, and songs by Tina Turner. In the evening the villa and the garden is lit with purple and yellow lights” – a breathtaking sight as the neighbor says.

Tina Turner is obviously a great lover of flowers. The garden will be converted into a sea of flowers. At least half a dozen semi-trailers from the Netherlands had been arriving on Thursday in front of the Villa and delivered x-thousands of flowers, especially red and yellow roses. Gardeners are working to plant the rose bushes on the lake shore, in her garden. On the front entrance they have prepared large flower arrangements.The wedding celebration will begin on Sunday evening at 17:00 and take up in the night, as Christian Steinmann, a friend and lawyer of the couple wrote in a letter to the neighbor. He asks on behalf of the wedding couple for leniency and apologized for any acoustic disturbances. We doubt there will be complaints from the neighborhood. Because the international star is very humble, acts completely normal and behaving well towards employees and the villagers, she is never arrogant. “Tina Turner is simply charming” as a long-standing neighbor says. 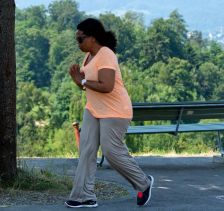 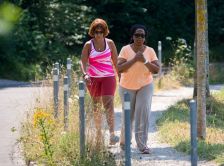 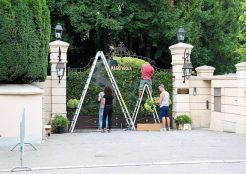 No malice intended with these pictures. We just share them as fans, for fans. If you are the photographer and want them removed, please feel free to drop us a message, and we will remove them as soon as one of us come online. Thank you.