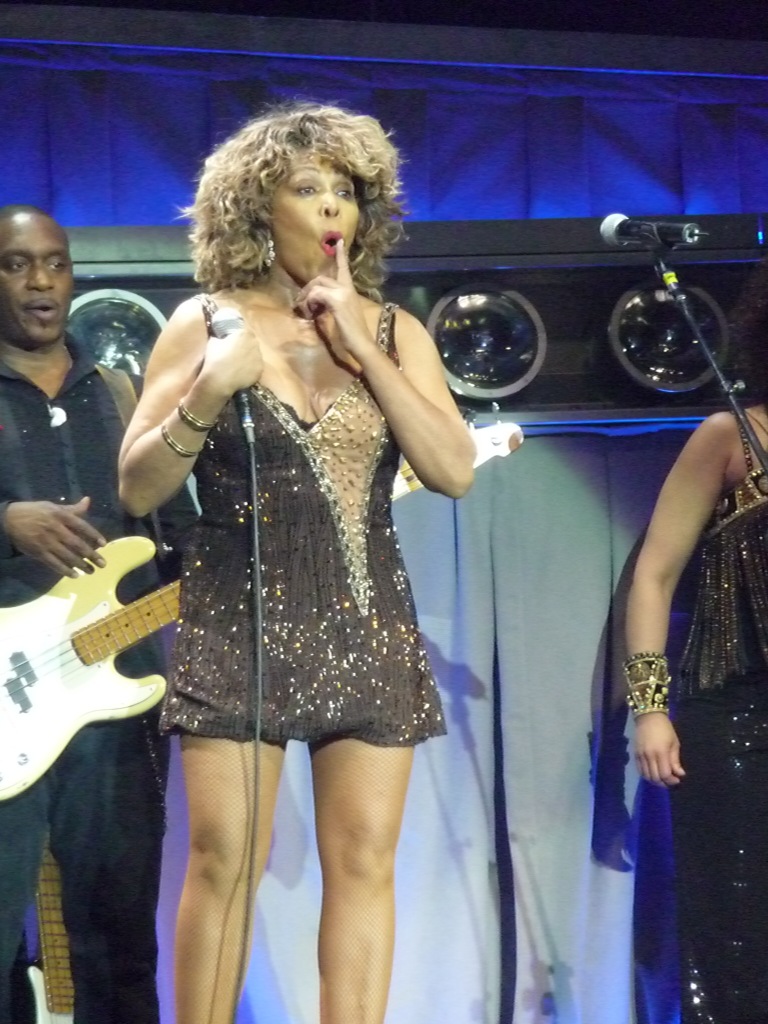 By Erin Shaw Street – You know that Tina Turner song “Nutbush City Limits?” It’s about a real place–Nutbush, Tennessee, where she grew up. (Go on, you know you want to dance in your chair just thinking of the melody.) This week a museum dedicated to Tina’s legacy–and the community where she was raised–opens just down the road from Nutbush. The Flagg Grove School, where she spent her formative years, opens to the public this Friday after a painstaking restoration.

It’ll be a grand celebration. Save for those who have worked on the project, no one has seen the exhibit, which includes the largest known collection of Tina Turner costumes and memorabilia in the world, as well as history about Haywood. (Alas, Tina, who now lives in Europe, will not be at the celebration, but she is taping a video message.)

“Her musical legacy is phenomenal, but people are also inspired by her courage and life story,” says Sonia Outlaw-Clark, director of the West Tennessee Delta Heritage Center. “This pays homage to her and, just as important, preserves the history of our community,” she says.

The Flagg Grove School is located in Brownsville, Tennessee (about an hour northeast of Memphis), and part of the West Tennessee Delta Heritage Center. It’s a rural area where agriculture is still the top industry, and organizers hope that Tina’s childhood school will become a tourist draw for people who can’t get enough of the icon.

Here are 10 things you need to know:

1. Tina (known as Anna Mae Bullock back then) attended most of grades one through eight here in the 1940s. All eight grades were housed in the one-room schoolhouse, and taught by a single teacher. There were two outhouses–one for boys and one for girls–and the teacher kept an eye on them from the stage where she taught.

2. The school, among the first in the South for African-Americans, was built in the 1880s by her great-uncle, Benjamin Flagg. After closing in the 1960s, the building became a working barn and later sat unused for years. In 2012, its owner, Joe Stephens Jr., donated the building to the West Tennessee Delta Heritage Center, where it was moved.

3. Along with her classmates, Tina often stood on the school’s stage to take part in the morning devotional, singing the Gospel hymn “It’s Me, It’s Me O Lord (Standing in the Need of Prayer). Lollie Mann, a classmate of Tina’s who once sang that song with her, will be at the grand opening to perform the song.

4. Visitors to the Flagg Grove School will get up close to the largest known public collection of Tina costumes and memorabilia, thanks to Tina herself. Among items displayed: the dress she wore on stage to perform “We Don’t Need Another Hero” (from “Mad Max”), one she wore for the 50th anniversary of the Grammys and in which she sang a duet with fellow Southerner Beyoncé, and the Bob Mackie dress she once wore to perform her encore — “Nutbush City Limits” of course.

5. Tina Turner fans, and a dedicated group of volunteers and local residents, helped raise the $150,000 needed to restore the school to its original condition. They’ve been flocking to Brownsville for years, and for the past two years have descended on the area for “Tina Turner Days,” held the fourth Saturday in September. The award for the most dedicated fan? The president of the International Tina Turner Fan Club, who flies from the Netherlands to participate.

6. Tina’s personal interior designer, Stephen Sills (who also counts Anna Wintour and the Rockefeller family among clients), designed the exhibit, which was created to capture the energy and glamour of her performances.

7. Other items on display: a replica of the stage from Tina’s “Wildest Dreams” tour, the 1958 Charles Sumner High School (in St. Louis) yearbook, which has her senior picture, and a copy of the letter Prince Charles wrote to her after seeing her in concert.

8. This was not a renovation of the Flagg Grove School, but a true restoration. Each piece of wood that was moved was numbered so it would be put back in the right place. Those that could not be repaired were replaced with those from a Tennessee schoolhouse from the same time period.

9. While in Brownsville, visitors can drive down the road to check out “The Mindfield,” an ongoing work using remnant steel by folk artist and local resident Billy Tripp. Billy started building the sculpture in 1989 and says he’ll continue for the rest of his life.

10. Admission to the Flagg Grove School is free. And it may inspire you to start singing “Rollin’ On The River.”