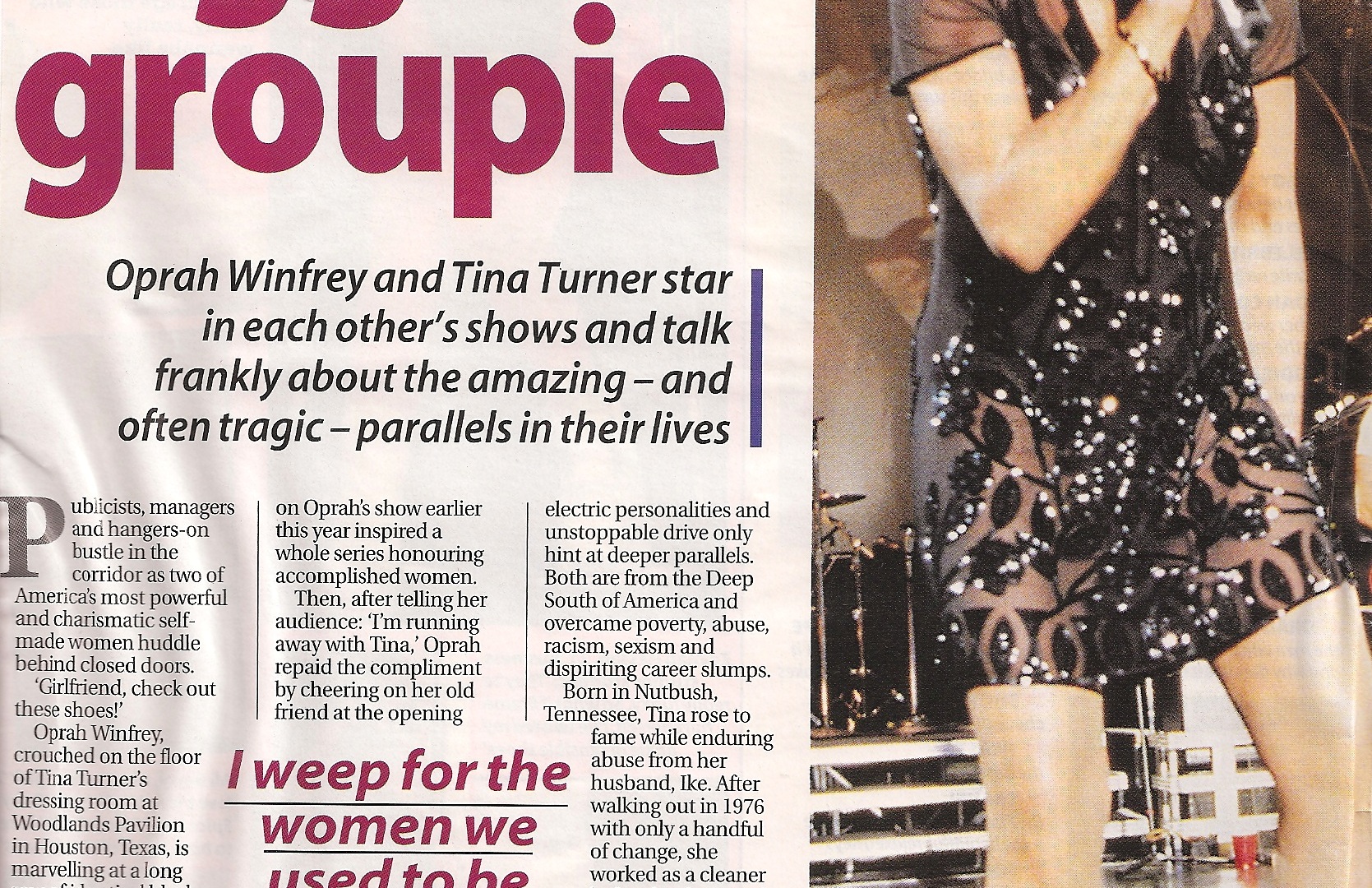 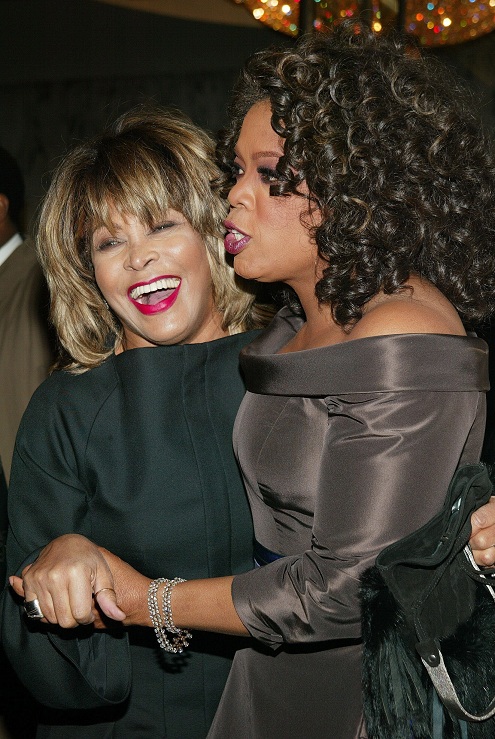 Today, the final episode of The Oprah Winfrey Show airs in the United States. Tina Turner was a frequent guest on that show, starting in 1997, when she was promoting her new Wildest Dreams album and tour. After that show, Oprah decided to take her show on the road, following Tina’s American tour, at the same time fulfilling dreams of viewers.

After that, Tina appeared several times more on the show, for promotion or to surprise Oprah, for example on her 50th birthday in 2004. Besides that, Tina and Oprah appeared together in public several times, for example at the premier of the musical The Color Purple (photo above), for the opening of Oprah’s school in South Africa and at the Kennedy Center Honors in 2005. Tina’s last appearance on the Oprah show was together with Cher in 2008, when she announced her last world tour.

Unfortunately, Tina wasn’t a guest during any of the shows in Oprah’s last season. Therefore, we decided to upload an old magazine article from NOW magazine in 1997, with a short duo-interview with Tina and Oprah.

On a different note: these scans come from the collection of fellow Tina fan Hans from Austria. Hans was kind enough to lend a part of his amazing collection to us to scan. You will see a lot more of his interesting magazine and newspaper articles in the future!