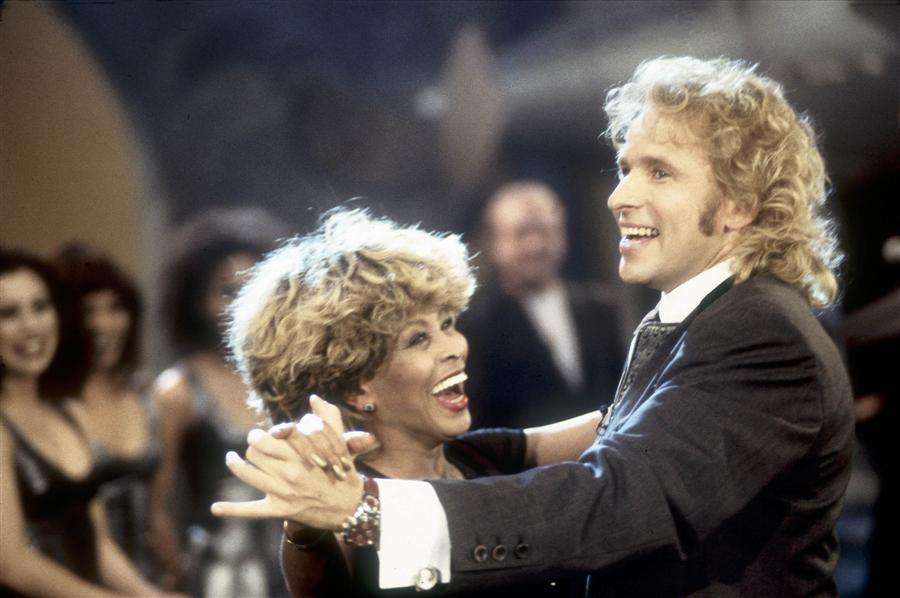 It appears that any time Tina Turner performs on German television, this guy is also there: Thomas Gottschalk. He is Germany’s most famous TV presenter, and he has introduced and interviewed Tina in a variety of shows, most notably several times on Wetten, Dass…? When Tina and Children Beyond appeared at the Ein Herz Für Kinder-gala last December in Berlin, Thomas was also there: his last job for TV channel ZDF.
The clip above is however from another program in the beginning of 1990. The program ‘Das Waren Die Achtziger’ looks back at the 1980’s, including a small tribute to Tina’s hit song We Don’t Need Another Hero. Tina however appears on the show to perform her, at that time, new single I Don’t Wanna Lose You from the Foreign Affair album.

7 Replies to “I Don’t Wanna Lose You, Thomas Gottschalk!”